Solheim Cup singles: Breaking down the 12 matches set for Monday at Inverness 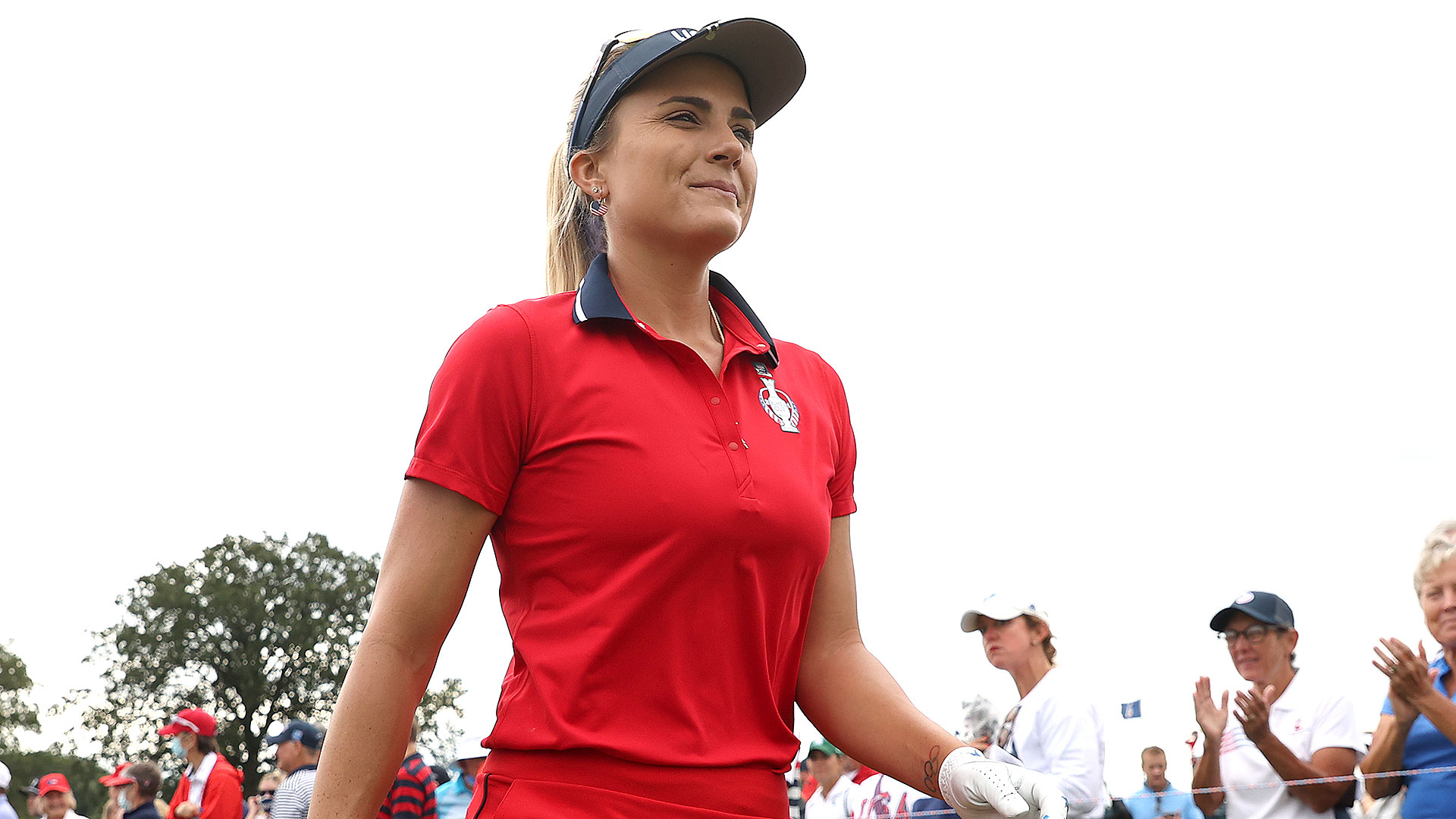 TOLEDO, Ohio – Europe carries a two-point lead, 9-7, into the final session of the 17th Solheim Cup. The 12 singles matches will take place Monday at Inverness Club, with Europe trying to retain the cup and win for just the second time on American soil (2013). The U.S. is trying to rally and reclaim what they won in both 2015 and 2017.

BREAKDOWN: Two Solheim Cup stalwarts meet once again in a rematch of their epic duel in 2017, which saw their match end halved. This year, Thompson asked U.S. Solheim Cup captain Pat Hurst if she could lead the singles matches as she did in 2015 and 2017 (as noted, both U.S. victories). In addition to that lead-off match in which she faced Thompson in 2017 in Des Moines, Nordqvist also led Team Europe in 2013. Each player has had mixed success in the singles format, with Nordqvist going 2-2-2 in her previous six appearances. Thompson’s record is 1-1-2.

BREAKDOWN: Sagstrom will go head-to-head with Ewing, the winner of the LPGA’s Bank of Hope Match Play. Ewing outlasted the field at Shadow Creek in Las Vegas to capture her second win on the LPGA Tour. Ewing will look to lean on the experience she found in the desert having lost her singles match, 2 and 1, to Bronte Law in her Solheim Cup debut in 2019. Sagstrom, on the other hand, won her first singles match in 2017, when she defeated Austin Ernst, 3 and 2.

BREAKDOWN: A pair of decorated amateurs will square off on Monday. Maguire, who held the No. 1 amateur ranking for a record 135 weeks, will face Kupcho, winner of the inaugural Augusta National Women’s Amateur. While the duo never met in any cup matches during their amateur days, they did meet on Day 2 of the Bank of Hope Match Play where they tied their match. The also tied their fourball match on Sunday afternoon at Inverness. Both rookies are undefeated this week. Kupcho is 2-0-1 and Maguire, the only player on either team who will play all five matches, is 3-0-1.

BREAKDOWN: Since the Solheim Cup at Gleneagles in 2019, Hall has delivered for Team Europe in every match she’s played. She’s continued that run at Inverness Club, where she’ll next face world No. 1 Korda, who has struggled this week with a 1-2-0 record. Hall is 1-1-0 in singles and defeated Lexi Thompson, 2 and 1, in 2019 at Gleneagles to help lift her team to victory. Korda also won at Gleneagles, where she defeated Caroline Hedwall, 2 up.

BREAKDOWN: Boutier defeated Annie Park handily in her Solheim Cup debut two years ago. And while she was a stalwart for Team Europe that year, she has yet to win a full point at Inverness Club. She’ll have the opportunity on Monday when she faces Harigae, a rookie. While she’s new to the Solheim Cup, Harigae is no stranger to match play having competed in the Junior Solheim Cup, Junior Ryder Cup and Curtis Cup.

BREAKDOWN: Koerstz Madsen has gone 1-1 in her Solheim Cup debut. Ernst has also won just one point for her team this week. As a rookie, Ernst lost her singles match in 2017 in Des Moines, where she was defeated, 3 and 2, by Sagstrom. She also failed to advance beyond round-robin play at the Bank of Hope Match Play earlier this season.

Match scoring for the Solheim Cup

BREAKDOWN: It’s a Solheim Cup rookie vs. a six-time veteran. Castren has fared well in her cup debut, going 2-1 thus far. But that has been accomplished while playing alongside three-time major winner Nordqvist. Castren is now on her own, facing Salas, who is 3-0-1 in Solheim singles. Salas is also 2-0-1 this week. One of those wins came against Castren and Nordqvist in Day 2 foursomes.

BREAKDOWN: A battle of relative stoicism, marked with the occasional fist pump. Ciganda is 1-1 this week, moving her record to 4-7-3 in the team portion of this competition. However, she is 3-0-1 in singles. Altomare is 1-2 this week, winning her foursomes match with Thompson on Sunday. In her cup debut, Altomare defeated Jodi Ewart Shadoff, 5 and 4, in singles.

BREAKDOWN: It’s been a trying week for Popov in her maiden cup. She’s gone 0-2, losing both fourball sessions late in the match. While she’s never played Solheim singles, Popov did advance to the finals of this year’s inaugural Bank of Hope LPGA Match Play, losing to Ewing in the finals. As for Khang, she is also seeking her first Solheim Cup victory. She’s 0-3-2, combing this year and 2019. She tied her singles match with Charley Hull two years ago.

BREAKDOWN: This might be the ultimate contrast of personalities, pitting the fiery 33-year-old Reid against the reserved 20-year-old Noh. Reid enters the final session on an emotional high, having secured a huge half-point in the final fourballs match on Sunday. However, she is just 1-2 in her singles career. Noh is a rookie who earned her first Solheim Cup point in Day 2 fourballs with a 3-and-1 win alongside fellow rookie Mina Harigae.

BREAKDOWN: Both captain’s put experience in the penultimate pairing. Hull is 2-1-1 in Solheim Cup singles and Korda is 1-0-1. Hull, however, has the hotter hand this week. She has won two of her three matches played while Korda has dropped both of hers and has reportedly battled sickness.

BREAKDOWN: The final pairing has an unusual twist. Kang’s caddie, Olly Brett, is Pedersen’s longtime boyfriend. Pedersen and Hull defeated Kang and Ernst, 3 and 2, in Sunday’s fourballs. This will also be the second time they have met in Solheim Cup singles. In her cup debut in 2017, Pedersen lost to Kang, 3 and 1, in singles. Kang is a career 1-1 in singles, having additionally lost to Ciganda, 1 up, two years ago.

Fashion is unique as you are